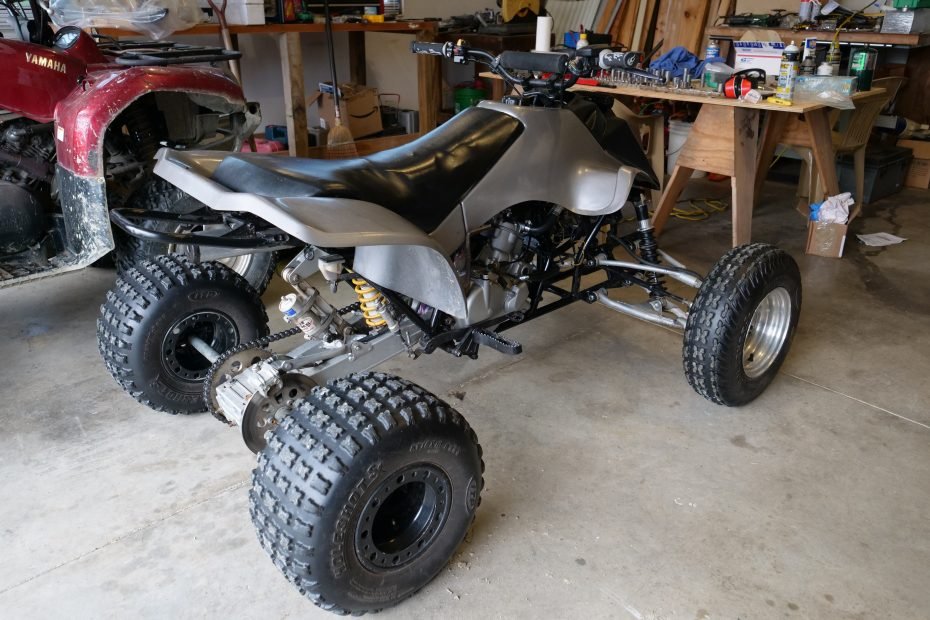 I finally got a day off, although two clients did text with shoes off… I had to pretend not to see that so I could just enjoy the beautiful day. It has been a while since I took a day to mess around here at the farm, even though I felt busy all day, it doesn’t seem like I got a ton done.

The first part of the day was the typical mowing and picking up I always feel obligated to do first thing. The garage was a mess, as usual, so that got some attention and then I went and pulled the utility trailer up to the garage to do some more work on that. Well, I looked at it a minute or two and that is about all that got done there, lol.

Somehow, this was already about lunch time, so an hour or two later and I checked ebay for the arrival of the seat bracket and carburetor for the Quadracer. The seat bracket came in the mail and the carburetor was at the post office, so I went and got it.

That old Mikuni carb was in miserable shape. It didn’t even have a float in the bowl. Obviosly, that is a big part of why it was flooding and fouling out plugs like crazy.

We got the new one in, but getting the throttle cable out of the old one was a real bitch and getting it in the new carb was also a bitch. I had to drill out a spot on the old one to get the cable out. Just couldn’t wrangle it out of there. Doing so frayed the end just a tad, but it will be fine.

Getting the new one in was a problem because holding the spring, a little plastic holder and threading the end to where it belonged was… damn difficult.

Got it on though.

It turns out that although this is new version of the original carb for this bike, it is not tuned for it, so now I have a custom jet kit coming from 6 Sigma to try with it.