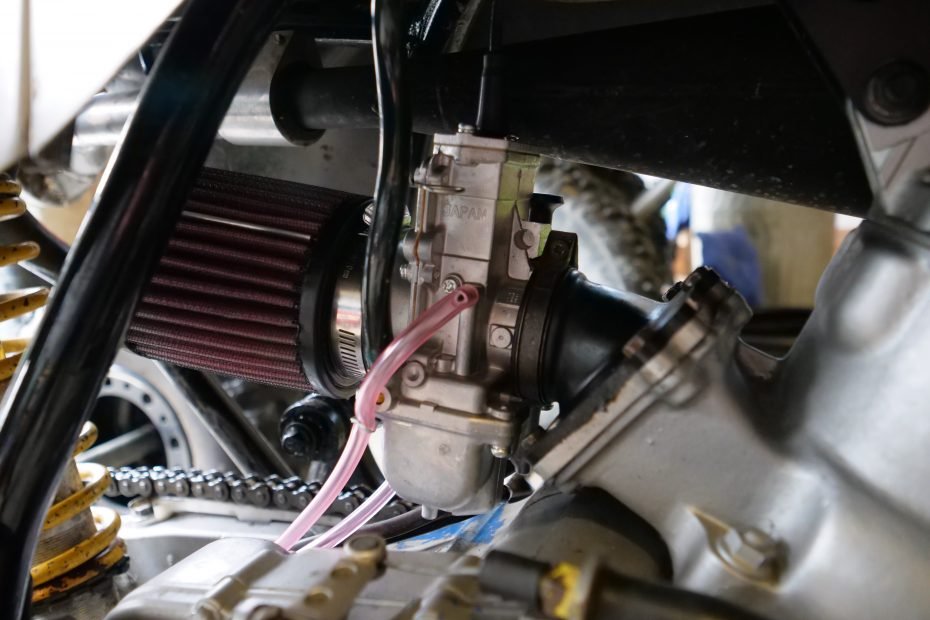 I can now take apart, jet and properly tune a 2-stroke carburetor – and it makes sense!

The carburetor that was on this ’87 LT 250r Quadracer was junk when I got it. I’ve been through all that in earlier posts, but today I got my 6 Sigma jet kit and I spent this beautiful afternoon tuning.

Remember, this is my first round of dealing with this, so I had little idea of what to expect. I read the pamphlet that came with it and mostly understood, but not completely. The only option at that point is to just start pulling things apart and give it a go.

Anyway, so I put the jets in the carb as suggested by the instructions. It is commonly suggested to start with the biggest jet, which is the richest (for the safety of the engine) and then reduce the jet as needed to lean it out one size at a time.

This is where things seemed dark. I tried kick starting it and it was a no-go. I had Will pull start me with the Grizzly and it did fire up, but it was not happy and it was clearly too rich. To make a long afternoon story of futzing around with the jetting, we did finally get it running pretty darn good.

Now on to the next thing.