Communist Bastards, BLM and other Primitive Humans are Ruining the Conversation We MUST Have About Law Enforcement. 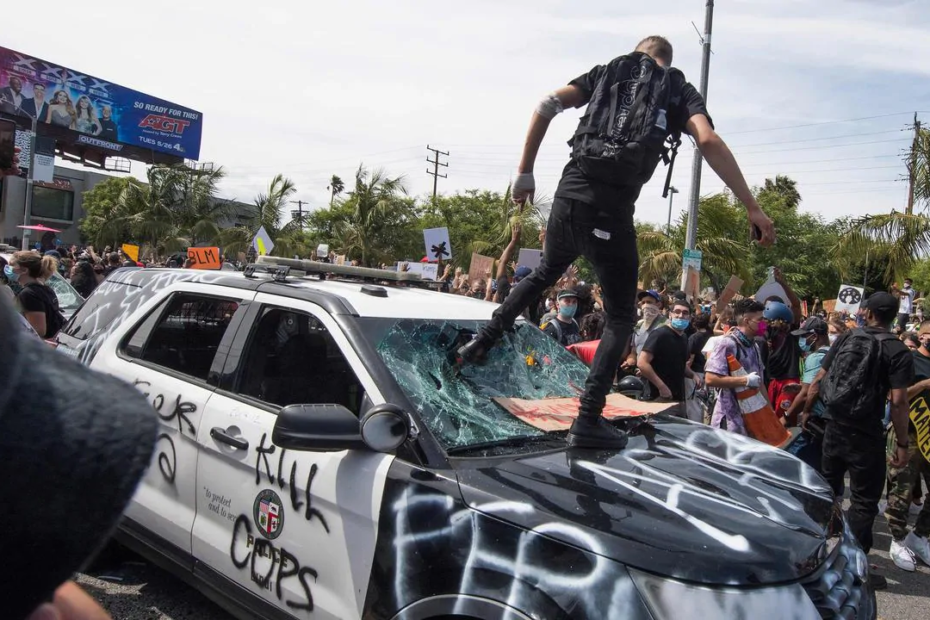 We were starting to make progress, too.

A couple of Saturdays ago, I think it was September 12th was the Trump Parade here in Ohio. It was a spectacular event; a historical show of support. My understanding is that something like this has never happened before.

Cincinnati’s Interstate 275 beltway and surrounding areas showed what I would call a stunning and truly spectacular turnout in support of Trump. The entire 84 miles was literally jam packed with vehicles and an amazing amount of huge flags. I can’t imagine how the Biden/ Harris ticket thinks they have a chance of winning.

The show of support for Trump is one thing, but what really surprised me is the support for Law Enforcement.

It confuses me how the “de-regulation” and “liberty” ticket is supportive of police. It didn’t seem like anyone supported them a month or so ago.

** Please don’t take that last sentence to mean that I believe this to be the case. I am an anarchist and don’t believe in any of this nonsense, but it is how they are trying to brand themselves. **

I’m guessing that about a third of the flags were Thin Blue Line. I say again, I don’t believe there was any where near this kind of support just a month or two ago, but now we have “the other side” going bat-shit crazy and driving a wedge they would really regret, if they had the brains to do so. Killing cops and burning buildings is not the solution. Not at all.

We are now more polarized.

This polarization is bolstering the Law and Order ticket and its advocates. I fear that if we do not reign in the conversation and these lunatics, we are quickly going to be seeing the pendulum swing hard toward a dystopia and chaos that we could never have imagined a year ago.

How To Actually Fix the Police Problem.

Eliminate the Majority of Laws, Starting With ALL Prohibition, but Also .

Prohibition, as a rule, makes everything worse. We should have learned this lesson when we were smacked in the face the when we tried it with alcohol. I’ve written extensively about it in the past on @diggndeeper.com. As long as there is not victim, there is no crime.

I sincerely believe we would see the most peace, prosperity and innovation if we stopped banning everything. This is supposed to be a free country after all.

This is my pet subject and I have a lot to say about it, but if you care to read more, please head over to the above mentioned blog.

Qualified immunity was established to protect government officials from being sued for constitutional violations.

Qualified immunity says that in order to show that a law is be clearly established, the plaintiff must point to a case with similar facts. In practice, this means that unless a situation which is nearly identical has been ruled on already, you won’t be able to try it. In other words, if you are the first to try a specific situation, you are out of luck.

Included with the elimination of qualified immunity should also be any law other law that puts police or any government actor above the average citizen.

Police unions make it nearly impossible to terminate police bad actors. Even when a police officer is actually terminated for wrongdoing, unions will get them hired in another town or city.

Fee.com has a very interesting article about how one jurisdiction dissolved its police force to break the union contracts with the intention to hire even more police in the newly created police force, which in turn vastly reduced corruption within the police and the crime in the town they were policing – with largely the same police as re-hires. Very interesting.

Our current paradigm of policing, or government in general is that of a monopoly of violence in a given geographical area. How is this the best method of governing anything? We are well aware that monopolies are bad.

Is it really that radical? We need more discussion, but we certainly have the tools.