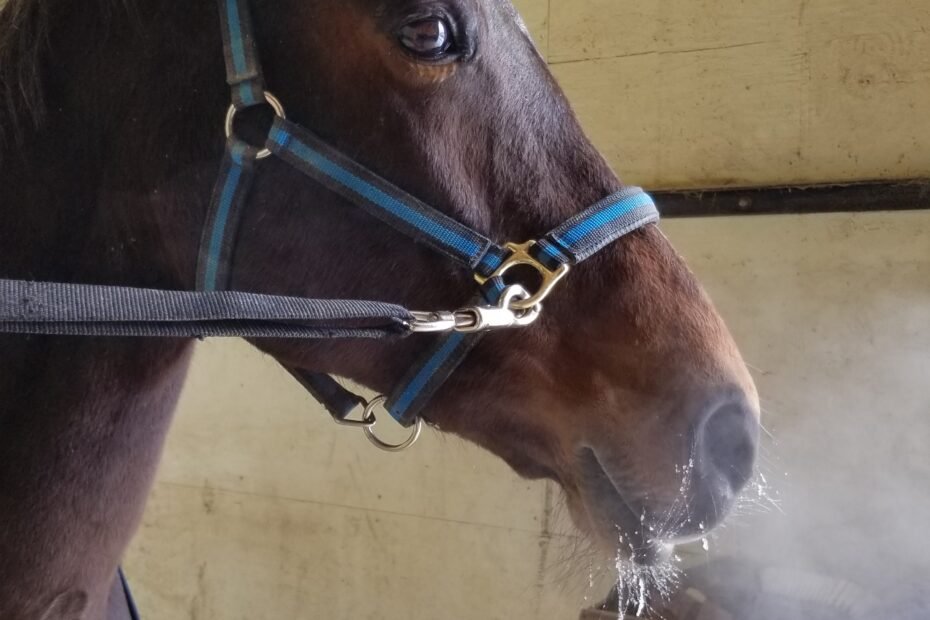 These last few weeks have been more winter than we are used to dealing with here in Ohio.

Its not that we don’t get winter, but its usually only in spits and spats. This recent round, however, has been a constant mess for us.

One of the bigger challenges I have had, as far as shoeing horses is concerned, has been that the horses have not been getting outside and as a result, many of them are unable to stand nicely for me to shoe them. Finally, some of them are now getting out because the owners are simply tired of waiting for the weather to change.

It’s funny how relative weather is for people.

I grew up in northern New York and this is just normal all winter long weather for that area. Actually, they would love to have it so mild. My point is that those folks don’t even change their ways for this stuff. Life just goes on as normal, but its unusual enough here in Ohio that folks find exception to the way they do things because it usually only lasts for a day or maybe a few at most.

Anyway, I probably didn’t articulate that the best way, but I think its interesting to see how differently people react to different the norms in their area, especially when you have experience in differing norms.

People, especially little girls, like to keep the used shoes off their horses. I can understand. It’s something they can set somewhere to keep as a token of something very personal from their beloved horse. This horse’s young rider has been wanting to keep a set of shoes, but I have been able to reset the shoes until today.

I put the new shoes on and cleaned these up with the forge and a wire brush so they would be nicer for her. Heating them up in the forge also puts a blueing on the surface of the shoe that helps a lot in keeping the rust down.

This wetness clogs up my tools and makes the feet softer so that it can be a bit uncomfortable to trim them properly. Not my first rodeo, obviously and I got it done. Hot fitting (shoes heated in the forge and burned on) really helps this situation a ton.

A Side Story About Another Person’s Bad Time…

While I was at the barn above, one of the young ladies that works there had a terrible day.

When I walked in and greeted her, she was talking about how cold she was and now had to hurry up to get to another barn to do some more stalls as a favor for a friend and to also make a couple extra bucks. So instead of just getting her job here done and going home to warm up, she had to double time it and be cold longer.

So, she is also a smoker and no one is allowed to smoke in or around the barn.

When she went to leave and finally get to have her much desired smoke, she notice that she locked her keys in the her truck.

Now, having to wait at a cold barn with her work done and without a smoke that she really, really wanted, she had to wait, spend more money on a locksmith and be late for the next job.

That would be bad enough, except it sucked more.

As she tried to leave, she got really stuck in the snow.

Winter Sucks, But Can Be Pretty.

This picture doesn’t do the predicament justice. The truck was sitting way higher in the bank than it looks in the picture. Luckily, I was able to reset the horse I was here to do because it would take all sorts of tools and access to the rig to make new ones and that wasn’t going to happen on this trip.

I got it done. The young lady that held the horse froze. I left.

This Mexican restaurant is one of my favs. Its like a mini vacation.

Again, this picture doesn’t do justice. The ice crystals were super pretty and colorful in the sun and with the yellow background of the wall. They were little prisms setting off all sorts of brilliance.

I didn’t get much studying done this evening. I watched a few YouTube videos about milling, but that was pretty much all the energy I had.

Instead, I watched the new episode of WandaVision with the kids and played Modern Warfare with them too. I gotta admit, there is some value in that too.