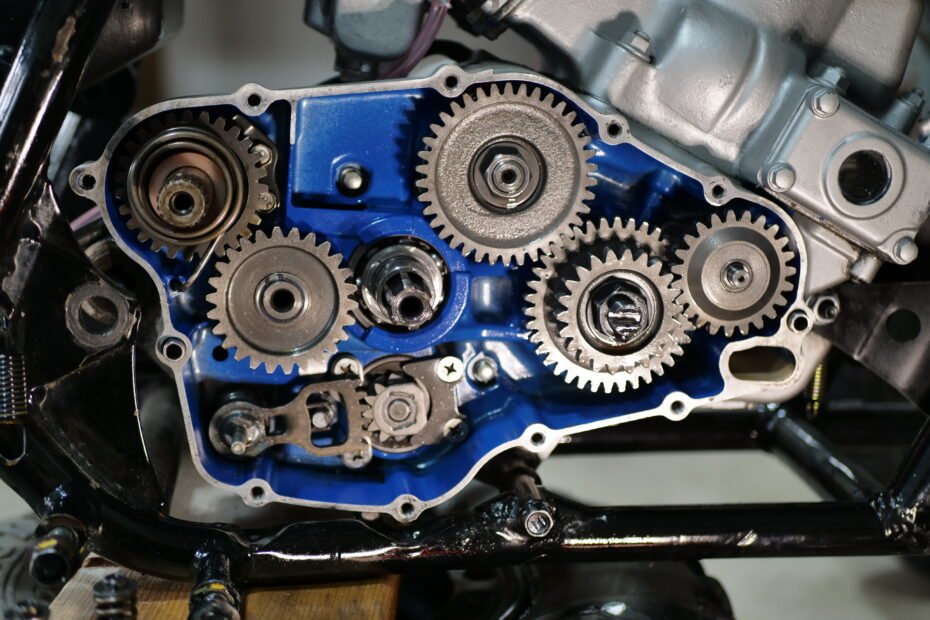 I bought this Quadracer with a non functional kick starter as the only thing I knew for sure was wrong with it. It was the kickstarter spring that had failed. After looking around the internet for what seems like an eternity and failing to find only the spring itself, I finally found a used assembly which included the spring.

Unfortunately, of course it was the wrong assembly and spring. It appears to be for a newer model than this ’87.

I used the torch to modify the wrong spring to look like the correct spring and I was really hopeful that this would work. You can see the spring around the kickstarter assembly on the top left of the engine case below.

The clutch needs to be removed to get access to the kickstarter spring and assembly, so I took the opportunity to replace it with a new basket and plates. The existing clutch basket was overdue for a replacement for sure. The basket was another rather hard to find piece, but I managed to find a brand new one from BikeBandit.com

Well, of course it turns out that the spring doesn’t work out. It appears that it is too big and fits too snugly in its place so that when moving the kickstarter, the spring doesn’t have room to move and function properly. This results in the kicker having no recoil. It moves, but can’t overcome the friction and is therefore rather useless.

I searched around and found an LT 500R spring and from what I can tell, the kickers are the same – so fingers crossed. That should be here anytime now and I’ll see how that goes. I’ll have to remove the clutch again, but that’s not the biggest deal .