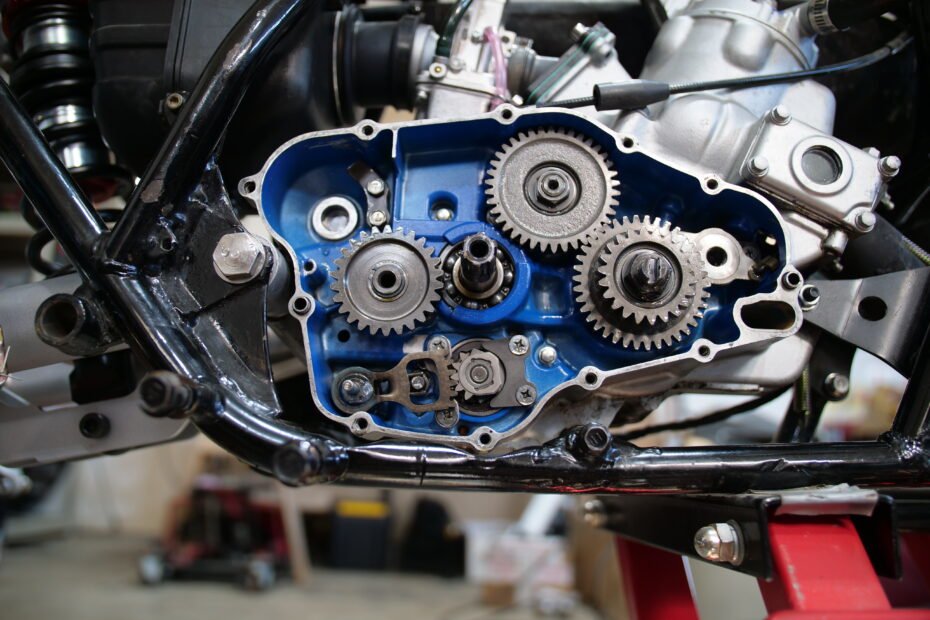 I made a deal with @william-gregory and @liljespy that I would delegate 10 HP per week that they stayed consistent on #Hive. I’m hoping they keep publishing, but even if they just keep looking for content to curate and accounts to follow and interact with, that’s good enough for me.

There isn’t much shoeing to do this morning, so I told the fellows that we could go out and hit the trails today before we have to return @liljespy to sender.

I bought this ’87 LT250R with a kick starter that had a broken return spring. After a long battle of trying to find the correct spring, I now have the problem in which their seems to be too much friction in there somewhere. Everything seems fine, though. I’m stuck. I don’t know what I’m missing.

Everything seems to be in place. I’ve checked things over and over again.

This picture below is the starter clutch removed. Everything seems like it should be working.